By Cannin Group November 2, 2019 No Comments 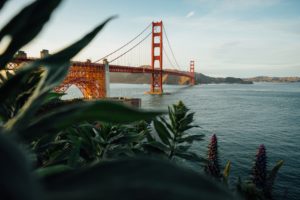 It took four years to get approval to open the Barbary Coast Collective amidst protests, public hearings, and community debates. The cannabis club has several other shops in SoMa and the Mission which participated in a celebration of the Sunset location’s opening.

Jesse Henry, Barbary Coast Sunset CEO, stated: “This side of the town was a little resistant to cannabis. And, you know, we’ve still got a couple of people we gotta win over, but so far so good.”

A reason that is widely attributed to the fact that the Sunset location does not have any other cannabis dispensaries is the strict retail zoning laws within the city. The opening event on Friday represented a change to the local laws that allow for cannabis consumers to get easier access.

“It’s just so convenient. There’s nothing else in this area, not that I know of. I live in the Richmond and I used to have to go all the way south of Market, past Eighth Street (to buy cannabis),” said Mike, a new customer to Barbary Coast Sunset’s Coast Collective.

The restrictive cannabis, or retail zoning laws in the specific part of Sunset, is what brought the appeal to open a location by  Barbary Coast CEO Jesse Henry.

The company filed its request to operate a dispensary in 2015, but it had to battle against public opinion that opposed the dispensary location.