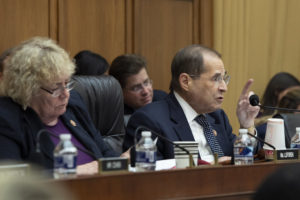 An additional clause within the MORE Act will include resentencing and expungement of previous cannabis convictions and allow immigration for those denied citizenship due to past cannabis convictions. Another portion within the MORE Act will prevent federal agencies from denying public benefits or security clearances due to personal cannabis use. This clause within the bill would be huge for tax purposes on cannabis businesses who are not allowed to file routine deductions as other businesses do.

A new department would be formed by the MORE Act and would be responsible for the administration of some portions to the MORE Act. The Cannabis Justice Office, which would be newly created by the bill, will be created and placed within the Department of Justice.

Additional programs will also be created from the MORE Act. Created programs by the bill will include provide job training programs, legal aid for those who were affected by prohibition enforcement, and loans for small cannabis businesses who are located within social and economically disadvantaged regions and controlled by an individual from that region.