By Cannin Group November 7, 2019 No Comments 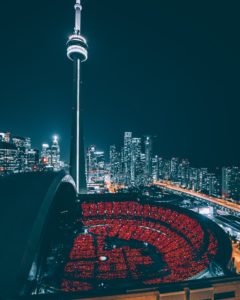 A new paper published in the Journal of Psychopharmacology covered a link between Canadian cannabis users with depression from PTSD. The data within the study came from a Canadian population survey of over 24,000 individuals who are at least 15 years old. Results from the population survey suggest that those with PTSD have had success with cannabis as a deterrent to depression and suicidal thoughts. Those with PTSD who answered the survey, and did not report cannabis usage within the last 12 months, were likelier to report severe depression and suicidal thoughts compared to those with PTSD who had consumed cannabis within the last year.

It is reported that the population of Canada and the United States have the world’s highest counts of those with PTSD. It was revealed by a 2016 study that 9.2% of Canada’s population and 7.2% of the population in the United States are likely to have PTSD within their lifetime. Those who are affected by PTSD have a higher likelihood of depression and suicide. Prof. Milloy is interested in if cannabis decreased the amount of depressive episodes and suicidal thoughts in those with PTSD, as well as Milloy’s colleagues.

Stephanie Lake, first study author, doctoral candidate at the University of British Columbia and research assistant at the British Columbia Centre on Substance Use, stated: “We know that with limited treatment options for PTSD, many patients have taken to medicating with cannabis to alleviate their symptoms.”

Researchers on this paper came to the conclusion that there is early evidence that suggests cannabis use by those with PTSD does cause decreased depressive episodes and suicidal thoughts.

“We’re only just beginning to understand what the therapeutic potential of cannabis may be for a variety of health conditions,” said Prof. Milloy.