Wayland is focused on the low-cost production of cannabis in large-scale greenhouse operations and expects a significant reduction in their cost of goods sold per gram. The Langton facility is expanding in a multi-phase project. Wayland will continue to pursue new opportunities globally, including the consummation of their previously announced transactions in the United Kingdom, Australia, Colombia, and Argentina, in its effort to enhance lives through cannabis. Wayland grows all-natural plants in its energy-efficient greenhouse, while maintaining secure and consistent supply, as it has focused on eight profitable and proven strains and is aiming for production costs of $1.34 per gram.

Store Networks:  On November 6, 2017, they entered into a collaboration with a pharmacy group with over 2,000 retail stores. They are attempting to develop patient and healthcare education programs for the sale and distribution of medicinal cannabis as well as the development of product accessibility initiatives to facilitate the sale and distribution of their products. The company has committed a funding of $100,000 for the purposes of this initiative.

Supply Agreements: On December 11, 2017 the company entered into a definitive agreement with Lovell Drugs Limited to be the exclusive provider of medical cannabis products to its patients through a two-part initiative, consisting of education and product accessibility.

direction and execution, finance and industry relations. He brings extensive domestic and global experience in business development, infrastructure development and capital markets to his leadership of Wayland. Scott Langille, Chief Financial Officer, has over 30 years of experience in both Canada and the United States. Scott has held CFO positions at publicly traded pharmaceutical companies including Tribute Pharmaceuticals, and Virexx Medical Corp. Past financial experience includes Vice President at Biovail Pharmaceuticals Inc. and Director, Corporate Finance at Biovail Corporation.

Wayland Group is producing four types of all-natural cannabis oil capsules. The benefit of Maricann Capsules is the ability to deliver medication to patients in the consistent dosages and easy-to-use format consistent with other pharmaceutical products. The vegan capsules are produced in 15 mg and 25 mg cannabidiol (CBD)and 5 mg and 10 mg THC capsules for optimal patient control and compliance.

On Jan 15, Wayland Group sold 49.9 percent of their international portfolio of assets. The deal was all-stock, and Wayland received 300 million shares of ICC at a deemed price of 43 cents apiece. Based on this price, Wayland’s international business is valued at around $258 million. The transaction will value the international portfolio at 13.3-percent premium to the market value of Wayland’s entire business. Alpha Blue has agreed to subscribe for up to C$20,000,000 aggregate principal amount of senior unsecured convertible debentures across up to five facilities. The first facility for C$4,000,000 principal amount of debentures has closed. Wayland expects to draw on additional facilities in the coming weeks.

Founded in 2013 in Langton, Ontario, Wayland Group Inc. is a publicly traded medical cannabis company that serves thousands of patients. Wayland Group is currently expanding its cultivation, extraction, analytics and production facilities to elevate offerings and prepare for growth into the adult-use cannabis market in Canada, and ultimately into mature and developing cannabis markets worldwide.

We believe the company has strong management, based on experience in cannabis, compliance and market growth. Wayland is focused on the low-cost production of cannabis

in large-scale greenhouse operations and expects a significant reduction in its cost of goods sold per gram. The Langton facility is expanding in a multi-phase project.

By partnering with Rockwell Automation, Wayland Group became one of the first companies in the space to automate its facilities using AI – giving it the ability to produce product with roughly 10 percent of the workforce of some of its competitors.

With current liabilities at CA$17m, the company has been able to meet these obligations given the level of current assets of CA$25m, with a current ratio of 1.49x. Generally, for pharmaceuticals companies, this is a reasonable ratio since there’s a sufficient cash cushion without leaving too much capital idle or in low-earning investments.

Will its stock price improve in the long term? Less Likely

There’s a bear case here if you look for it. Wayland only has enough cash to keep going for another 4 months according to its filings even after the October bought deal. The company is shifting focus to Europe, but its Canadian business is floundering with only 2,000 kg of capacity in operation.

The difference between the revenue figures and the net losses reported by Wayland is large. It means that investors may have to wait many years until the company reaches break-even point.

The stock has been plagued by its slow execution in Canada and upcoming cash shortages. The company reported Q3 revenue of $225,000 which is an 80% drop from Q2 revenue of $1.3 million. In a recent corporate update, the company announced Q4 revenue of C$1.3 million which is a big disappointment as the company failed to benefit from the legalization in October.

The company also failed to convert its previously announced LOI with CSE-listed International Cannabis Corp into definitive agreements. It is unclear whether there is still a deal to sell 49.9% of its international assets given the exclusivity period has passed on February 20.

We see very few near-term catalysts for Wayland as its Canadian operations continued to tread water while a partial sale of international assets is currently in limbo. We think there are better opportunities in the sector other than Wayland.

For these reasons, we think Wayland, at or near its current price, can still be a risky investment opportunity. The company is trading at 33x sales, which seems too expensive. Other competitors are trading below this capitalization along with growing revenues and reporting positive gross profit margin. 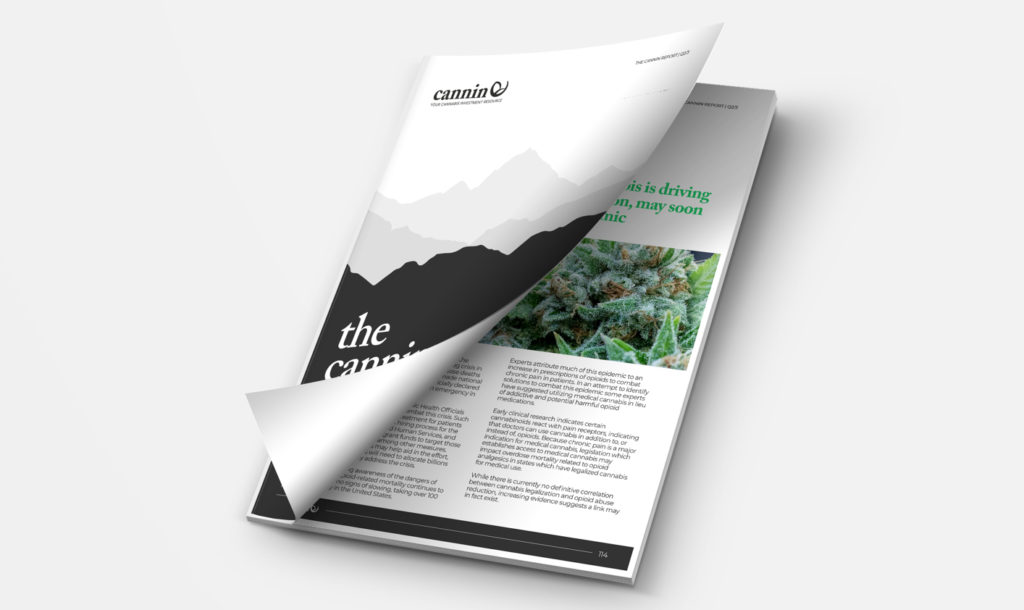 Profit in Your Sleep?

Take the guesswork out of investing. Use our smart algorithms to profit in cannabis and hemp.