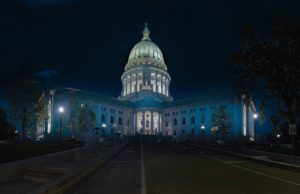 Cannabis stocks were mostly higher today after news that the House Judiciary Committee announced a vote on a bill that would end the federal prohibition of cannabis. The House Judiciary Committee could end the federal prohibition of cannabis by removing it from the Controlled Substances Act (CSA). Committee members will decide on the Marijuana Opportunity Reinvestment and Engagement Act on Wednesday of this week.

Jerrold Nadler, MORE Act sponsor and House Judiciary Committee Chairman, stated: “Our marijuana laws disproportionately harm individuals and communities of color, leading to convictions that damage job prospects, access to housing, and the ability to vote. Recognizing this, many states have legalized marijuana. It’s now time for us to remove the criminal prohibitions against marijuana at the federal level.”

The MORE Act will also establish programs to expunge records of those convicted of past cannabis crimes and a new department for cannabis, the Cannabis Justice Office, and place it within the Department of Justice. A program the MORE Act will create is one that provides loans for small businesses to those who have been affected by the prohibition of cannabis in economically disadvantaged regions. Job training programs and legal aid for those who were hurt by cannabis prohibition laws are some of the other provisions specified within the MORE Act.

An important part of the MORE Act is that it would prevent any further division between the federal government and normal business practices. Cannabis businesses, at the moment, don’t qualify for routine business services at banks due to the clash between federally regulated banks and the cannabis-involved nature of cannabis companies.